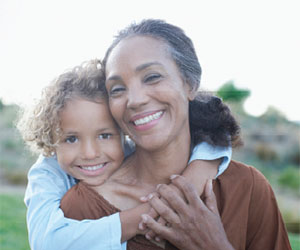 It has been widely reported that the Social Security trust funds are projected to run out of money in the next 15 years. It may not be that impactful to your retirement.

For those who are in or near retirement, the idea of not being able to depend on Social Security is pretty concerning. However, even if the trust runs out of money, that doesn't mean Social Security will stop paying benefits. Even without Congressional action, the program would shift to pay-as-you-go, where benefits for current retirees would be paid directly from taxes collected from workers and other sources, such as taxes paid on earnings (FICA or SECA) and income taxes paid on benefits. These sources of funding are expected to be sufficient to pay 75 – 80% of benefits.

How Did We Get Here?

This isn't the first time the Social Security trust has come close to running out of money. The most recent example was 1983, when Congress increased payroll taxes and raised the full retirement age to ensure benefits for the next 75 years.

However, the cost of operating Social Security has risen substantially since 2010 due to demographic changes, including real average wage growth, productivity, labor force participation, inflation, unemployment and, most significantly, the change in birth rates. Birth rates averaged more than three children per woman during the baby boom (1946 –1965) but dropped to just two children per woman by 1970. For the past 35 years, there have been about 3 people receiving benefits per 10 people paying in. After 2030, the numbers change to 5 per 10, meaning each person would have to pay more in order to support retirees at their current benefit levels.

If you have questions about Social Security, you can discuss them with a professional financial planner at no additional cost to you through EY Financial Planning Services. Contact EY at 1-800-360-2539.* Learn about this service at wespath.org/ey.

EY offered a 30-minute webinar in May on "Social Security and Your Retirement" that provided information on qualifying for a benefit, obtaining and understanding benefit estimates and the rules for taxation of benefits, and deciding when to start collecting. To view the replay, log on to wespath.eyfpc.com—click "EY Events" at the top right side of the page. Then scroll down to the bottom of the page and click "Archived webinars" above the gray bar. Enter your Wespath Participant Number in the "Employee/Personnel ID" box. This number is available in Benefits Access (go to My Benefits>Personal Profile>Personal Information) or by calling Wespath at 1-800-851-2201. 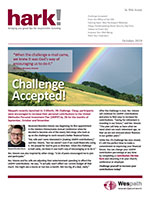